Hey y’all! Thank you so much for sending in questions for #InsPIPERation! We’ve got a ton of Phineas and Ferb questions this time and stuff ranging from Disney D23 Expo to Nicky, Ricky, Dicky and Dawn, high school and homework and other cool stuff! Stay tooooned for the next Piper’s Picks episode too, Piperazzi! Lots of new interviews on the way!

❤️????
QUESTIONS:
Piper it’s me Christine I want to ask you a question so here it is, how long has you been interviewed the actors?? Kylebreitkopf 4life on YouTube
https://www.youtube.com/channel/UCYYHZGF2LgYygA1Ay9m3Lqw

I have a question for your new video!! How do I deal with a TON of homework and classwork during the school year and still have fun?
Nattie Ball on YouTube
https://www.youtube.com/channel/UCit2YrlmhcXeLIGiaGUSvWg

Do you really know the kids from NRDD???
Andrea Moreno on YouTube
https://www.youtube.com/channel/UC6h0dXguvOIl0647flmJRtA

#PIPERazzi #InsPIPERation. Have you been at Disney Expo 23? Which one was the best? I just envy you.. You saw so many people I ‘ll never see( I was obsessed with Disney girls of 2014-2016 sitcoms
Pavel Sorokin on YouTube
https://www.youtube.com/channel/UCrbF3nLQO5X9e5xp9SfjdGA

What’s the most exclusive interview you have given?
Heel By Nature on Twitter

All from Rocketman on YouTube:
Why did you want to become a reporter?

Any favorite #insPIPERation videos you’ve made?

How has high school been?

Do any of your friends watch your channel and have they talked to you about it?

What are some of your favorite moments in phineas and ferb?

Which brother do you think is smarter, phineas or ferb, and why?

Who was your favorite cast member to interview (Dan and Swampy, Alyson Stoner, Vincent Martella)?

Do you have any favorite phineas and isabella episodes and scenes from the show, besides the one that takes place in the future?0

If you were to hang out with each character, what would you do with them?

If you were to write an episode, what would your idea be?

Have you heard of a recent crossover episode with P&F and Dan and Swampy’s new show called Milo Murphy’s Law?
Rocketman on YouTube
https://www.youtube.com/channel/UCyfuFVKcHktznQOCl7ayXiA

Thank you so much for watching, guyz!
?PiPeR ReeSe 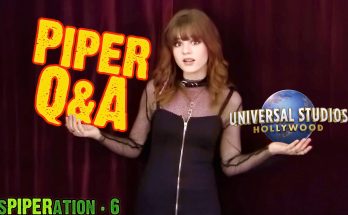 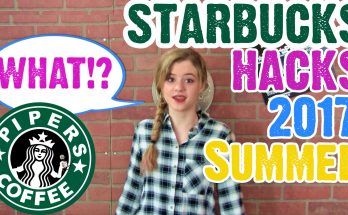 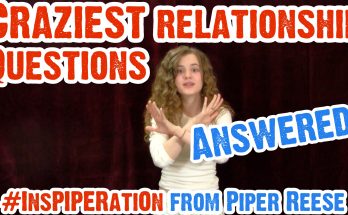