?Yeah baby! Piper’s Picks is back from Cannes and on with the show for the big Universal Studios Dreamworks Theater Featuring Kung Fu Panda: The Emperor’s Quest Grand Opening! Piper and Natalie attended the super-intense martial arts display, Dragon Warrior Parade and ribbon cutting ceremony for the ribbon cotton ceremony! Mr. Ping and Po were there along with Shrek, Fiona, Puss ’n Boots, King Julian, the Penguins, and the Trolls! After that, we do a quick run through the park and visit Harry Potter at Universal Studios Hollywood!

❤️Piper gets exclusive insider info from Universal Creative Senior Director and Executive Producer Jon Corfino. Universal Creative is the group that actually makes the attractions and Jon Corfino has been at it for a really long time! He’s also worked on Springfield, Despicable Me: Minion Mayhem, Super Silly Fun Land, and some attractions that aren’t even at the park anymore. Oh yeah, we asked for info on Nintendo land. We’ll see how that goes!

?Of course, if we’re at Universal Studios, we have to visit The Wizarding World of Harry Potter! We’re running through Hogsmeade before hopping on Harry Potter and the Forbidden Journey!

Thank you so much for watching, guyz!
?PiPeR ReeSe 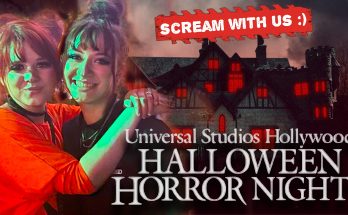